Finger on the Pulse

Keep your "finger on the pulse" with what's happening with QIM residents! News, awards, opinion pieces and more.
Do you have something to submit? Contact Krista Knight with ideas and topic suggestions. 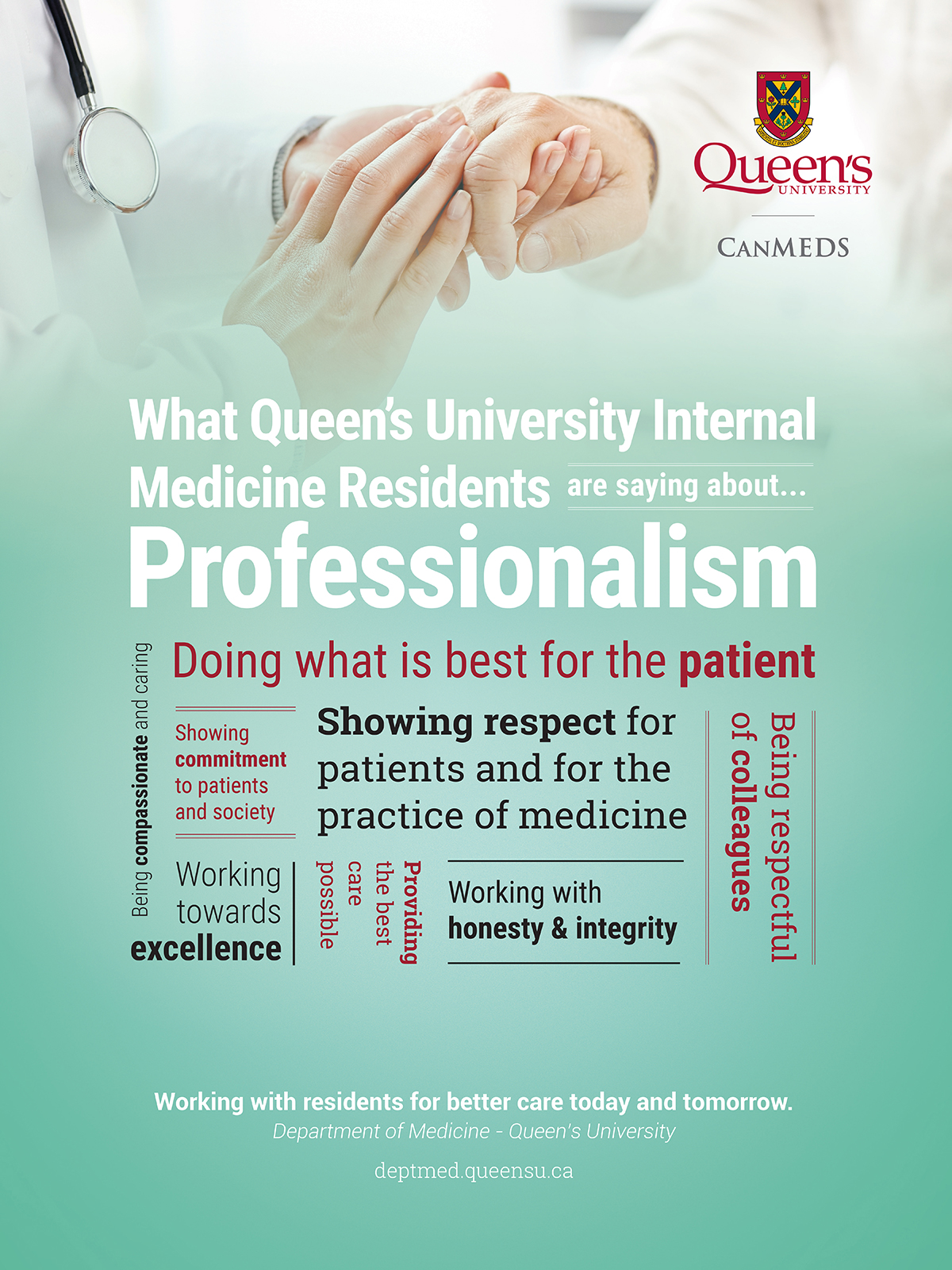 Resident Perspective on Professionalism and Wellness in Medicine

The Resident Perspective on Professionalism and Wellness in Medicine: How Janus looks Upon CanMEDS
Check out the latest News, Innovation and Discoveries blog exploring the resident perspective of the CanMEDS Professional Role

How building a culture of feedback is developing better doctors

Competency-based medical education (CBME) is creating a culture in which everyone is comfortable asking for, giving, and receiving feedback.

For Julia Tai, a second-year resident in the Department of Internal Medicine, competency-based medical education (CBME) is closely associated in her mind with a regular event in her department: Feedback Friday.

During Feedback Friday sessions, one resident must leave a team-wide meeting so that all the other members of the team – the attending staff, medical students, and other residents – can discuss the absent learner’s performance. After the meeting, the resident who left the room receives a detailed assessment based on the discussion.

The first time Dr. Tai was the subject of Feedback Friday, she was terrified. After she walked out of the room, all she could do was wait and try not to think about what they might be saying. As scared as she was, though, Dr. Tai also says she was excited because she knew the assessments that were going to come out of the meeting were going to make her a better doctor.

Feedback Friday is one tool among many that Internal Medicine is using to implement CBME, and the idea behind it is to give all the members of the program a chance to develop honest, constructive criticism for each resident. Dr. Tai sees Feedback Friday as evidence of the culture that CBME is creating at Queen’s – a culture in which everyone is comfortable asking for, giving, and receiving feedback.

When Dr. Tai was choosing which schools to rank for the Canadian Resident Matching Service (CaRMS) process, she was attracted to Queen’s for many reasons, but one unique feature stood out: the fact that it would be launching CMBE across all specialty training programs when she would start.

What makes CBME exciting for Dr. Tai is the fact that she is encouraged to take a leadership role in her own education. Under CBME, Dr. Tai and her fellow residents are always expected to ask their preceptors for feedback and check in as to whether they are progressing satisfactorily through the stages of the program. If they think they’ve worked on a case that builds one of the skills they are trying to develop, it is completely normal for them to ask a faculty member to provide an assessment on their progress.

The residents in the Department of Internal Medicine, though, do not always need to initiate the conversations about their progress. Every four months, Dr. Tai meets one-on-one with her academic advisor. In these meetings, the two of them review her work and evaluate how well she is moving toward her goals.

Based on these regular meetings, Dr. Tai’s advisor develops a report on whether or not she is ready to move on to the next stage of the program. This report is then submitted to the Competency Committee, who makes the final decision on a resident’s progress. There are four stages in the program: Transition to Discipline, Foundations of Discipline, Core Discipline, and Transition to Practice. Each one of these stages provides residents with different skills to focus on and different goals to reach. All residents progress through these stages at their own pace, so what they are learning is dependant more on their level of competency rather than on how much time they have spent in the program. The stage of the program a learner is in is also kept confidential, which enables residents to focus on their own progress rather than on comparing themselves to others.

Halfway through her three-year program, Dr. Tai is proud of how much she has learned and how far she has come as a physician. And she believes that her growth has been greatly assisted by CBME, which has enabled her to have a sense of ownership over her education.

Beatrice Preti is an R2 in internal medicine at the Queen's University.

There were things I meant, but didn’t say
As I heard your heartbeat fade away
My stethoscope was on your chest
When you drifted off to eternal rest
I’d spent the whole night by your side
There was nothing left we hadn’t tried
But the drugs and tubes and shocks and lines
Bought you little extra time
Your path was clear right from the start
I had no cure for your sick heart
Yet you asked me to try, so I did my best
But, despite our efforts, things progressed
When the new dawn broke, your life did, too,
You never heard what I said to you
How I begged forgiveness, my quiet prayers,
You stared straight ahead, as if I weren’t there
Close to the end, you’d opened your eyes
Looked up with desperation, as if the skies
Would rain down mercy for your plight
But no salvation came on that fateful night

This was never our initial plan
We’d all seemed to understand
That you were dying and wanted peace
A soft and gentle, graceful release
But as your time was drawing near
You changed your mind. That much was clear.
You told me you were afraid to die
I said I’d help, but that was a lie
I didn’t share my other thoughts
That tied my stomach and heart in knots
I knew then that it was too late
Yet I donned my gloves, and fought with fate
I wrote the orders, increased the dose,
Pulled up a chair so I could be close
You had no family to stand by your side
Your rocky end was a solo ride
As the night grew thin, your breaths grew shallow
Your once-ruddy face turned blank and sallow
I never said I was sorry to you
By the time I could say it, the end was through
The dawn broke cruelly on the brand-new day
And all the things I meant, but didn’t say