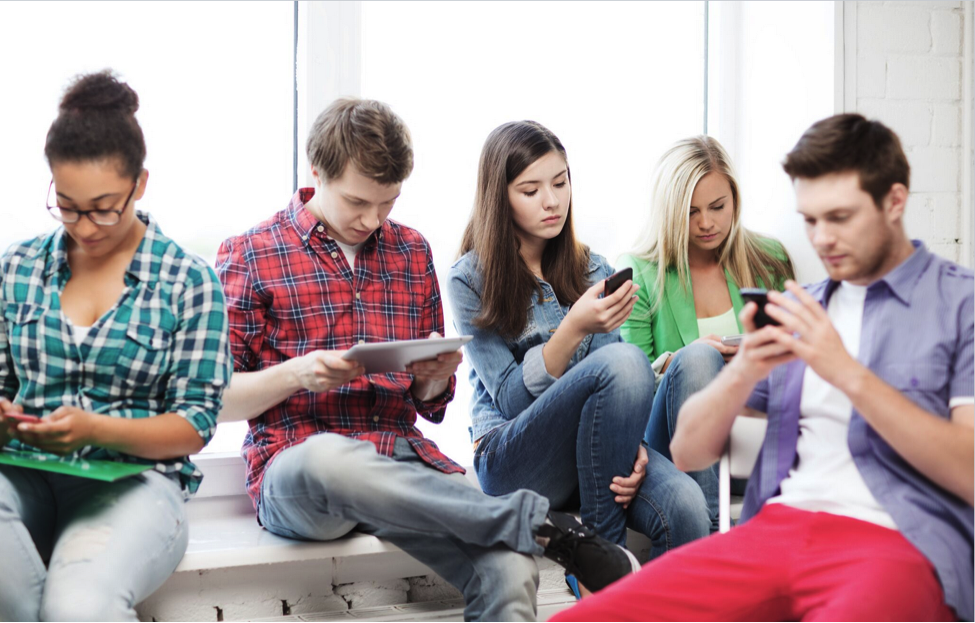 “The television is 'real'. It is immediate, it has dimension. It tells you what to think and blasts it in. It must be right. It seems so right. It rushes you on so quickly to its own conclusions your mind hasn't time to protest, 'What nonsense!'.”

Over the past decade, an emerging epidemic has spread across the globe. It primarily affects –but is certainly not limited to- generations that have grown up and/or come of age in the time of the Internet. While this fast-spreading disease has been given many names, I have taken to calling it CSA, or Cloud Sourced Anxiety. The name is a portmanteau of crowd sourcing –using the internet to acquire contributions from the many– and cloud computing, using the decentralized internet servers to provide users with on-demand access to shared computing resources such as news, data, and images.

The symptoms of CSA include anxiety, stress, and dysphoria. Patients with CSA suffer a loss of optimism, and may become listless, anxious, and apathetic. CSA not only makes a person sad but also reduces their productivity (stress uncoupled from positive action is the ultimate waste of ATP).

What causes Cloud-Sourced Anxiety? In a modest sized observational cohort, it became clear that one of the primary etiological agents of CSA was excessive exposure to a never-ending onslaught of horrific, dark, and catastrophic stories delivered via electronic media (Facebook, Twitter, et al). It cannot be overstated that the depth of information, connection, and innovation afforded by the Internet has changed our world largely for the better. However, with that wealth of information and connection lies the potential to tap into a torrent of disturbing images and information ­accessible from anywhere in the world. While many can compartmentalize news of, say, a mass shooting or horrific natural disaster, there are others for whom this 24/7 worldwide live stream of sadness becomes inescapable, all consuming, and impossible to ignore.

I mentioned before that this disease primarily affects young adults, namely those ages 18-33 (known as Millennials). Indeed, The American Psychological Association reports that 12% of millennials have a diagnosed anxiety disorder—almost twice the percentage of Boomers.

A careful examination of the cortical function in Millennials revealed that the sustained exposure to this digital stream of negative (and often highly repetitive) data changes their brain chemistry, mimicking changes seen in depression and spontaneous anxiety disorders. The epidemiology of CSA remains incompletely understood but, for instance, incidences have spiked during the 15-month period of the debacle that is the US electoral campaign. CSA outbreaks seem to arise in the wake of mass shootings, horrific reports from the refugee crisis, bleak developments with climate change, or asinine public statements by the A list of global despots.

My interest in CSA lead me to an interesting story in Forbes entitled, 8 Habits That Make Millennials Stressed, Anxious And Unproductive by Caroline Beaton. She lists the following (direct quotes from her article are in italics below):

1) Bad sleep habits: Common causes of insufficient sleep include going to bed at different times, not making sleep a priority and spending time on phones or laptops right before bed.

2) Skipping sustenance Eating consistently regulates not only our metabolism and insulin levels but also our mental stability.

3) Drinking coffee: Drinking coffee makes us more alert and, in many cases, helps us perform better on short-term tasks. But it can also make people jittery, irritable and nervous,…authors comment- I cannot support this assault on my favourite beverage and can attest that anything under 3 pots per day has had no ill effects on me.

5) Your smart phone is not wise: Students spend an average of nine hours a day on their phone! Of course, technology vastly improves our lives in innumerable ways. But too much of it makes us anxious. Facebook envy (I want her life!) is becoming a recognized cause of depression.

6) Not “clocking out” According to data from FORBES’ @Work State of Mind Project., “most global business decision makers are on, irrespective of time or location. Reaching them successfully requires an understanding of more than how they blur the lines between work and personal time in terms of their usage of technological devices, time slots or locations". However, millennials become anxious and irritated when work intrudes on our personal lives, but our bad work-life balance is our own choosing.

7) Netflix and chill? In a study from University of Toledo's Department of Health and Recreation 406 participants were asked to record how much TV they watched each night, and how they felt along the way. 77 % watched TV > 2 hours/ night and they were considered bingers. After watching just two hours of TV participants reported feeling more depressed and anxious than those who spent less time watching TV.

8) Hanging out with anxious people makes your anxiety worse...or put scientifically in a paper entitled Intergroup Anxiety published in the Journal of Social Issues Stephan and Stephan state, “It is proposed that high levels of intergroup anxiety amplify normative behavior patterns, cause cognitive and motivational information-processing biases, intensify self-awareness, lead to augmented emotional reactions, and polarize evaluations of outgroup members.” In other words, hang out with someone who has their feet firmly grounded and is balanced and calm.

Doctor, is there a cure?

There is not yet a cure for CSA but in a limited uncontrolled series I have devised a treatment regimen to help mitigate the effects.

Step 1: Try to remember that ours is historically the most stable and peaceful time to be alive : The world has always been a crazy mix of good and evil. For the majority of us, 2016 is a good time to be alive, based on hard metrics like wealth, human rights, life expectancy, etc. However, in our global village, news ­–good and bad– becomes viral in a matter of minutes. To many sufferers of CSA, good news is not news, and bad news rises to the top. The cumulative maladies of the world, unbalanced by its cumulative joys contributes to a false world view that is negative and that engenders stress and anxiety. A traffic accident in Texas, a gunman in Dallas, a revolt in the middle east, and the ravings of Mr. Trump are immediately news in Ontario. This news is repeated and reverberates through many media, and each wave of repetition itself becomes news. If one does not regularly disconnect from this matrix of misery one faces an onslaught of suffering that God herself could not tolerate.

Step 2: Log off. When you find yourself on the eleventh article about a catastrophe, or spiraling into despair over the news, step away from the electronics. Put your phone or tablet down and call it a day. And obviously, no phone/tablet/computer use in bed or at the table.

Step 3: Use trusted news sources that assist in digesting information through thoughtful and nuanced approaches to events. These sources may be less “real time” than Twitter and online news feeds, but what they lack in immediacy, they make up in balance and context. The best sources use trained journalists and experts rather than random Internet users with a Twitter account and an opinion. CSA relates to exposure to these talking heads, many of whom are less palatable than Max Headroom (the World's first computer-generated TV host…Google it).

Step 4: Explore the non-digital world. The world is beautiful. Most people in it are decent. Go out into the world and reassure yourself that the reports of its decline are exaggerated. Exercise, walk, read a book made of paper fibers and impregnated with ink.

Step 5: Accentuate the positive. One has the choice to stew on the vulgarity of what Mr. Trump said, or, alternatively, to discuss a big idea, a new novel, or just seek out a more positive and impactful story. Much as the act of smiling can increase your feeling of happiness, so too can the act of focusing on positive and uplifting stories. This is not to say you should pretend there is nothing bad in the world, or that the world is perfect and everyone is happy. There is a great deal of work to be done everywhere. But there is a difference between being informed and being rendered inert by said information. In the immortal words sung by (decidedly non-Millennial) Bing Crosby:

You've got to accentuate the positive

Latch on to the affirmative

But don't mess with mister in-between

You've got to spread joy up to the maximum

Bring gloom down to the minimum

Have faith or pandemonium

Liable to walk upon the scene

Step 6: Now that your CSA is in remission, you can be more effective advocate for your favourite cause. Refreshed an optimistic you will be able to deal with these causes in a less frantic and more effective manner…and you may feel better!

This blog has a simple message: unplug, log off, find a place with no bars (of the WiFi persuasion, that is). Be in the moment. It’s an imperfect world but it’s not nearly as bad as the news might suggest.

“Each one has to find his peace from within. And peace to be real must be unaffected by outside circumstances.”