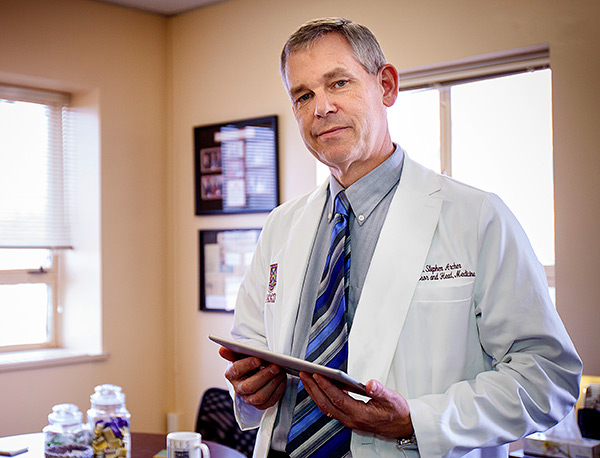 Zika, Chikungunya and Mosquitoes: To the Vector goes the Spoils

The emergence of these novel viral pathogens underscore the fact that we have entered into a brave new world of infectious diseases, some of which are far more likely to decimate humankind than a rogue asteroid or other cataclysmic event -Gerald Evans, Chair, Infectious Diseases, Queen’s University   The 21st Century sometimes seems like an era of free-floating anxiety. Television, radio and news media bathe our brains with stories of global warming, guns, terrorism, despots, and bizarrely unpleasant presidential candidates. Even our leisure news can be depressing (yes Maple Leaf fans I’m talking to you). Just when we thought our anxiety had reached its peak we hear stories about Zika, a virus that jumped from Africa to South America and is causing an epidemic of infection and cases of microcephaly, a type of birth defect that leaves the affected infant with a small head and intellectual impairment. If your worry centre is well developed, you may recall similar stories about other oddly named viruses that one can acquire in southern climes (Chikungunya and Dengue fever). The best antidote for anxiety is information so I thought this blog might be timely for those readers fretting over a trip south for spring break (or the general state of the world). In this blog, Dr. Gerald Evans, Chair of Infectious Disease at Queen’s University, and I offer an introduction to two “new” viruses. These viruses have a lot in common: they are not in fact new, and currently they have neither a pharmacologic treatment nor a preventative vaccine; however, the terrible two are usually not life threatening, although their dark side can be very dark for a small group of infected patients. Let's review each virus using the reporter’s key questions: Who, What, When, Where, Why, and How.

WHO (are we talking about)? Zika virus is a mosquito-borne flavivirus. The name Zika comes from the Zika forest in Uganda where it was first isolated in 1947 (from a monkey). Zika virus (picture in an electron micrograph below) is a cousin of the dengue virus, yellow fever virus, and West Nile virus. The symptoms of Zika resemble those of dengue and chikungunya.

WHAT (does it do)? Zika virus usually results in mild disease but may cause no symptoms. When symptoms occur they usually include low-grade fever with a palpable, red, skin rash, joint pain (notably affecting small joints of hands and feet), and conjunctivitis.

During the first week of infection, Zika virus can be found in the blood and passed from an infected person to another mosquito and then to another person by a subsequent mosquito bite. An infected mosquito can then spread the virus to other people. WHEN (did this begin)? Before 2015, Zika virus outbreaks had occurred in areas of Africa, Southeast Asia, and the Pacific Islands. But the virus is on the wing. Those wings belong to airplanes and mosquitoes. The march of Zika from East Africa to North America is depicted in the figure below.

WHERE (is this happening now)? The figure below shows the current range of Zika (in purple). It is no longer just a problem for Brazil and South America. It has entered North America and the Caribbean. Since we are now a country of travellers we are regularly going to be delivering ourselves to Zika zones (in Cuba, Florida, Mexico).

New Range of Zika Feb 2016 Since Zika infections are usually mild this spread might not have grabbed our attention were it not for one of the newly recognized (if uncommon) complications of Zika infection, microcephaly. WHY (do we care and why now)? Zika virus infection has also been associated with congenital microcephaly and fetal loss among women infected during pregnancy. Pregnant women in any trimester should consider postponing travel to the areas where Zika virus transmission is ongoing. Some countries are calling for women to avoid pregnancy until there is better control of the Zika epidemic. This call is complex and touches on the issue of the need for women to have control over their own reproductive choices….which is suboptimal in many of the afflicted countries.

Mother with child afflicted by microcephaly

HOW (does it spread and how are we going to treat it)? Mosquitoes usually spread the Zika virus. A mosquito bites an infected person and then spreads the virus to the next person bitten. However, we have just learned that Zika may be transmitted sexually. What of treatment? There is no antiviral drug for Zika. Treatment in 2016 involves relieving symptoms using a regimen of rest, oral rehydration and acetaminophen to relieve fever and pain (avoid aspirin and other non-steroidal anti-inflammatory drugs). What of prevention? While there are calls for a vaccine, it is likely years away. In the meantime this is a disease for which the classic public health measure of mosquito control will be required. The mosquito that transmits Zika, Aedes aegypti, is hard to kill. Although mosquitoes require water for breeding their eggs can withstand months without water. How can we limit the attack of mosquitoes?

Let’s move on to our next disease before coming back to mosquito control.

WHO (are we talking about): Chikungunya is an RNA virus that belongs to the alphavirus genus fom the family Togaviridae. The name “chikungunya” has nothing to do with fowl. It derives from a word in the East African Kimakonde language spoken by the Makonde, in southeast Tanzania and northern Mozambique. Chikungunya means, “to become contorted” or “that which bends over”. This odd name was inspired because patients with the virus develop severe joint pain (another similarity to Zika). WHAT (does it do): Chikungunya usually begins suddenly with fever and joint pain. The joint pain is often severe and can persist for weeks. Patients also often develop muscle pain, headache, nausea, fatigue and rash. Most patients recover fully, but in some cases joint pain may persist for several months, or even years. Occasional cases of eye, neurological and heart complications have been reported, as well as gastrointestinal complaints. Serious complications are not common, but in older people, the disease can contribute to death. Often symptoms in infected individuals are mild and the infection may go unrecognized, or be misdiagnosed in areas where dengue occurs. WHEN (did this begin)? The first outbreak of this oddly named viral illness was also in Africa, occurring in southern Tanzania in 1952. So, like Zika, Chikungunya is not “new”, it is just new to our neighborhood. WHERE (is this happening now)? Chikungunya is reported in over 60 countries in Asia, Africa, Europe and the Americas. WHY (do we care)? This is one of the many new diseases we may contract when we travel. Chikungunya virus is an important cause of arthritis in infected hosts and may function as a trigger in susceptible hosts to ongoing rheumatologic symptoms. HOW (does it spread and how are we going to treat it)? The virus is spread when an infected female mosquito bites a susceptible person. The disease is largely spread by Aedes aegypti and Aedes albopictus. The same kinds of mozzies that carry Zika and Dengue. The disease usually begins 2-12 days following a bite. Thus both Zika and Chikungunya are diseases that often manifest after returning from vacation in an endemic country. We can diagnose the disease by detecting the virus or finding anti-viral antibodies (IgM antibodies increase 3-5 weeks after the infection). Like Zika there is no specific antiviral drug treatment for chikungunya. Patients do benefit from Tylenol to reduce fever and pain and fluids to ensure hydration. There is no commercial chikungunya vaccine.

Mosquitoes-The Vector that keeps on giving

By this point in the blog you have likely concluded the answer to the question of what to do with the cornucopia of new viruses is somehow intertwined with their shared vector: the mosquito. Each of the emerging viruses uses our old nemesis, the mosquito, as a vector. There are ~3000 species of mosquitoes although just three species of these tiny carnivores cause most human disease transmission: Anopeheles (malaria, filariasis, elephantiasis), Culex (encephalitis, filiariasis, West Nile virus) and Aedes (dengue, zika, chikungunya, yellow fever). As Dr. Evans explained (see inset above) the change in global climate and our travelling ways is allowing the mosquito to spread its range and together with our increasing peripatetic lifestyle allows disease globalization.

Where do we find and where will we find Aedes mosquitoes?

So how do we rid planet earth of mosquitoes? The answer is we don’t (completely). Remember the “Big circle” - even mosquitoes play a role in this world (ask those creatures that feed on mosquitoes). Mosquito control is an old and complex story. It’s also a story that anyone around prior to World War II would know. Let me illustrate why this old story is worth relearning by telling you about Dr. Paul Müller (Nobel 1948). Dr. Müller was a Swiss scientist who synthesized the pesticide DDT. In those days typhus was killing troops in Europe and malaria was wiping out populations in Africa. He recognized DDT’s ability to kill all manner of flies (including mosquitoes) and showed that unlike other pesticides it was stable after application, lasting for months. DDT's efficacy and tenacity was deemed miraculous as the world fought arthropod borne diseases. A once shining achievement, DDT (and thus Dr. Müller’s reputation) was revised downward because the western world felt secure from insect-borne diseases.   In addition, the longevity of DDT in the biosystem became a concern. DDT started showing up in the eggshells of eagles and the milk of nursing mothers. After Rachel Carson published Silent Spring, which showed that DDT accumulates and causes great ecological damage the drug fell out of widespread use. It was also one of the "dirty dozen" chemicals included in the 2001 Stockholm Convention on Persistent Organic Pollutants. However, in parts of the world where necessity remained high (lots of mosquitoes and mosquito borne diseases) and cash remained scarce (Africa), DDT is still widely used. Those of us in the Northern hemisphere felt quite safe from the diseases of the tropics and turned our attention to chronic diseases, heart and stroke diseases, cancer, COPD and diabetes. However, the mosquitoes did not get the message and arthropods and their viral passengers are back with a vengeance. Their arrival in northern climes has readied us to reconsider the importance of insect control.

In my view (as a cardiologist) it is more likely we will control these diseases by targeting mosquitoes than by treating the viruses. Vaccines will no doubt emerge and will be a welcome means of prevention…but their emergence on the scene is not imminent. Mosquito control as a public health intervention is back in the public eye. DDT is not the solution but some mixture of pest control through pesticides, control of standing water etc. is. These newly recognized and mobile diseases highlight the importance of Infectious Diseases as an exciting and essential specialty. It also reminds us why we need global disease surveillance to keep track of our nemeses. For now it’s best to Keep Calm and Carry On (and carry some DEET and mosquito netting when you travel to affected parts of the world). Before travelling, particularly if you are immunosuppressed or pregnant be sure to check a reliable website for travel advice, such as the one offered by the Canadian Public Health Agency (CPHA) or the Centres for Disease Control and Prevention (CDC).