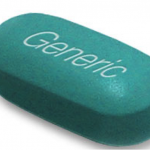 A Hard Pill to Swallow: Why we don’t have penicillin in 2013

Why is it so difficult for some patients to take the medicines they are prescribed?  You would think if someone had cancer, heart disease or an infection they would take the medicine their doctor prescribed, right? It turns out that even when doctors are prescribing the right medicines and patients are trying to take them, a new problem has emerged, resulting in noncompliance. This new and bewildering reason is (drum roll please)….the drugs have disappeared. Disappeared, you say? Yes, and not as in, “I can’t find the bottle” or “my dog ate them”. The drugs have disappeared as in “No longer made in Canada”.  If that seems a bit suspicious to you in our drug-obsessed culture, where Pharma seems to sponsor every television show, you are not alone. I recently attended our Medical Grand Rounds and had the pleasure of listening to Professor Jackie Duffin. The Hannah Professor of the History of Medicine at Queen’s University (seen below), Dr. Duffin summarized her extensive research into the causes and consequences of generic drug shortages.

Dr. Duffin cited the case of a cancer patient whose nausea with chemotherapy was only relieved by Stemetil (Prochlorperazine), an old generic drug. The patient called Dr Duffin when the pharmacy indicated that the prescription could not be filled because the drug was no longer available. An ardent investigative historian, she pursued the case and found that Stemetil, and a long list of other tried and true generic drugs, had disappeared.

Dr. Duffin also discovered that the Canadian Pharmacists had raised this concern in an official document. It turns out that a national survey revealed that pharmacists were not only well-aware of this problem, but are also extremely frustrated with the lack of notification of a shortage (see the table at right which I borrowed from Dr. Duffin). Pharmacists are spending an average of 30 minutes per shift trying to find replacement drugs. This survey also reveals that the missing drugs are exclusively generic drugs, suggesting to me that the problem with manufacturing has nothing to do with the ingredients required to make the drugs, which Pharma in the patent-protected world seems perfectly able to find.

What drugs are missing? Common drugs, like diltiazem (an antianginal, antihypertensive drug), several common antibiotics (like tetracycline, cephalexin and amoxicillin+clavulanate). In Ontario, even Penicillin was missing on occasion.  Hey Canada, the 1920’s are calling…they want their miracle drug back!

You may not be surprised to know that when a generic drug goes missing, the substitute is ALWAYS a more expensive, patent-protected drug. Perhaps this is a clue to the etiology of the problem? This is not just a Canadian issue. In 2011 the New York Times reported 213 drugs were in short supply in the United States. It turns out that there is a big spike in the disappearance of drugs from pharmacies in Canada in the past four years and the one thing the drugs have in common is that they are all generic. ‘Generic’ means the drug is no longer under patent and so can be made by any company but it also means there is less profit/pill. Generic does not mean a drug is less effective. Conversely, although proprietary drugs, which are patent protected and more expensive, are not necessarily more efficacious.

Ontario is currently experiencing a generic drug shortage. The story broke in March 2013 and related to a reduced supply of many generics drugs from a single manufacturer (it turns out the sole manufacturer) of many generics in Canada, Sandoz. This was particularly galling, as Sandoz knew that the supply would be deficient long before anyone notified the province or our Health Minister, Deb Matthews. The Sandoz shortage relates to a fire that shut down a manufacturing plant. However, the factory was already slowed as Sandoz upgraded their manufacturing process to meet FDA standards for quality.

You might think that the Federal government would insist that they be notified of anticipated drug shortages. In fact the federal health minister has only put in place a voluntary policy and it is ineffective according to Dr. David Jensen, of the Ontario Ministry of Health and Long-Term Care. Dr. Jensen noted that whereas Sandoz received the FDA warning about its failure to meet standards in November 2012, it only began advising customers of the cutbacks in Mid-February. Since hospitals rarely stock more than 2-3 weeks of a drug, this notification is inadequate to avert problems. The Federal Health Minister, Leona Aglukkaq (left), blasted Sandoz for the lack of notification, but has failed to propose a policy of mandatory reporting (which exists in the United States). Indeed, future problems loom since Sandoz is also planning to discontinue some of its products, but hasn’t disclosed which ones.

So why are these cheap and useful drugs missing in action? There is more than one cause; Dr. Duffin’s website lists 13 putative causes. However the shortage appears to be a mixture of problems: the generics profit margin being low, Pharma suspending production of drugs when patents expire, the lack of national drug manufacturing, poor communication between government and generic manufacturers, weak legislation to mandate supply and notification of discontinuation of supply. In addition, large Hospital Group Purchasing Organizations (at least in the USA) may simply leave generics off the menu. According to Physicians Against Drug Shortages, these GPOs subvert the market and they - rather than demand - dictate what is available, be it a generic drug or device. It is unclear to me to what extent this is relevant in Canada. This issue raises some questions: 1) Why doesn’t Canada support a national manufacturing program and sell drugs to the world? Most generic companies are abroad, notably India. Perhaps a modicum of entrepreneurial spirit would stand Canada in good stead in this matter. 2) Why does the federal minister of health not propose legislation to mandate that drug companies notify customer of looming shortages on a mandatory basis? 3) Why not combine rigorous quality regulation (to ensure safe production of generics) with the ability to fast track approval of old drugs with well-established track records for manufacture? The drug manufacturers will claim the raw materials are in short supply (this is false-Big Pharma finds them easily for patented drugs), that the FDA is too strict (really?). Recall the diluted chemotherapy scandal that was perpetrated by relatively unregulated mixers of chemotherapy in Canada. Recall the aftermath of the minimally regulated specialty compounding pharmacies, like the New England Compounding Centers (NECC) in Boston. Their contaminated steroids caused a lethal meningitis outbreak. I don’t think our problem in 2013 is excessively strict drug safety standards.

So is this a real problem that hurts or kills people? Sadly yes. Many of the missing drugs are vital and substitutes are often much more expensive, unavailable or toxic (or at least toxic to certain individuals). For a poignant example of the harm caused by loss of an ‘old, generic’ antibiotic, read the story of a Manitoba woman who had controlled her chronic urinary tract infections on trimethoprim. When this went missing, she suffered severe hearing loss and balance problems when a toxic substitution (gentamicin) was made. So in the meantime: stay tuned, report shortages and, if you want to track this important topic and report cases or provide feedback, visit Dr. Duffin’s website.

Thanks Anne. I think the…

Thanks Anne. I think the issue is not going away and the more aware and active physicians are the better. Canada needs a mandatory reporting system for drugs that are going to be withdrawn or become unavailable

Maybe the amitryptiline shortage is a good thing!

Perhaps, but it has utility…

Perhaps, but it has utility for some folks and the broader concern is that many useful drugs (like diltiazem) are disappearing. They are proven to be effective and are much cheaper than the patent protected replacements. I think the unreliability of the supply and the cost issues or replacement are my major concerns ....the specific drugs that are MIA will vary (some absences ail be more missed than others)

Thanks Moira. It shows the…

Thanks Moira. It shows the value of a robust Grand Rounds program. Most of us would not have been thinking about this issue if it were not for Dr. Duffin's thoughtful Grand Rounds. We are starting to Podcast these rounds...hopefully that will further disseminate the issue that presented (of course no free coffee with Podcasts!)