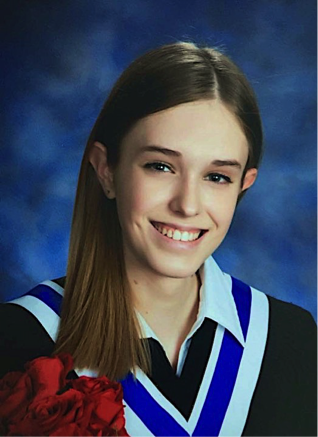 Claire and the House of Miracles

Despite the flaws and frustrations of our health care system and the challenges faced by our crowded hospitals, we should not lose sight of the miracles that are accomplished in academic health science centers every day.

On the shore of Lake Ontario sits a hospital. Built 175 years ago the hospital has a storied history, including serving as the initial parliament building for Canada, before our capital moved to Ottawa. This hospital, formerly called Kingston General Hospital, now Kingston Health Sciences Centre, has seen the births and deaths of the good people of Southeastern Ontario for generations. The hospital has also been the site of many amazing and innovative therapies and served as the training ground for doctors, nurses and other healthcare professionals at Queen’s University.

Recently, morale at this and many other hospitals in Canada has sagged under the burden of overcrowded emergency rooms and congested medicine wards and the resulting system gridlock. With the rising cost of health care, the ministry of Health and Long Term Care has pumped the brakes and flat lined funding for hospitals, pinning its hopes on outpatient care. After 5 years of minimal or no funding increases, Ontario’s hospitals have been fraying at the seams. With all these forces at play, one sometimes forgets that our hospital is a house of miracles. This blog is but one reminder of this and of why the medical team (broadly defined) comes to work every day. Amid waiting list and delays there are miracles happening every day. Some of these miracles are high-tech, life-saving surgeries. Some are catheter-based interventions, such as opening blocked arteries to treat heart attacks (angioplasty-PCI), replacing the aortic valve without surgery (TAVI), removing clots from the middle cerebral artery to reverse a stroke (EVT) or eliminating life threatening heart rhythm disorders by radiofrequency catheter ablation techniques. Sometimes the miracles appear in the form of new wonder drugs that pull patients back from the brink of death. Whether medical, surgical or pharmacological, these miracles always involve passionate patient advocates: doctors, nurses, technicians, trainees and a host of supporting staff. Curiosity and drive to obtain the right diagnosis and to deliver a definitive therapy to cure the patient underlies the provision of most miracles. The miracles in our house also involve good people in laboratories, imaging services and administration, who though not at the bedside, are going the extra mile to help patients they will never meet. There are people cleaning the rooms, assigning beds, supporting information technology, managing finance, and dispensing medications. There are also administrators, who are charged with overseeing the complex organism that is the 21st Century academic health sciences centre. The patient in her room may not get the sense of the dozens of unseen team members that will determine their fate, but they are there. Claire’s story: Let me recount one recent miracle, which inspires me and reminds me that our team is remarkable. This is the story of a young woman, Claire, and I tell it with her permission. It is also the story of her doctor, Jocelyn Garland, a nephrologist (kidney doctor) and the many colleagues who played essential roles in saving Claire’s life. The story ends with a consideration of the rising cost of these miracles. Claire’s story started innocently enough. Claire was a healthy high school student. She had just returned to Ontario after a family vacation in Europe in July 2016. Shortly after her return she ate several hamburgers and ate a lot of cookie dough while baking. This sounds an odd start to a story of such high drama. However, physicians know that hamburger meat and other food sources are occasionally home to toxic bacterial strains that can cause life-threatening diseases, including kidney failure. You may have read stories of young people eating improperly cooked or contaminated hamburger or fresh produce containing a type of bacteria called E. Coli (shown in electron micrograph images from the Centre for Disease Control, below).

Some E. coli make toxins that damage blood and kidney cells and can result in death from kidney failure. The only reliable means of avoiding intermittent outbreaks of “hamburger disease” is to ensure the meat is well cooked (see figure below). In Claire’s case, we don’t know the source of the problem (pathogenic E. coli can also be found in contaminated water and other foods such as flour, the latter which has recently been reported in the media as an exposure to pathogenic E. coli).

The time course of Claire’s illness is a stark reminder of how fast one can go from being entirely well to being very sick.

August 9, 2016: Claire began having severe abdominal cramping that progressively worsened through the week. On August 13th the pain escalated and rectal bleeding started so she went the ER. Claire was admitted to the pediatrics service of Kingston General Hospital on August 15, 2016 under the excellent care of Dr. Michael Storr. Infectious disease specialists and the Acute Pain Service were consulted to help with Claire’s case. The gastroenterology service (a team of doctors that specializes in diseases of the intestines) used an endoscope to look inside Claire’s bowel. The image below is what they saw: the wall of her colon was swollen and bleeding, which is typical for infections, or, in medical parlance, infectious colitis.

At this point in her story everything seemed like a fairly severe case of infectious colitis, which typically spontaneously resolves with supportive care. Claire was an otherwise healthy 17-year-old whose biggest worry was that she was stuck in hospital while her friends were enjoying their summer and she was missing out. While the doctors thought she would likely just be in hospital for a few days one feature caught Dr. Storr’s eye in her laboratory tests: her complete blood count (CBC) showed her platelet count was slightly low at 136 (normal: 150-400 X 109/L). Platelets are circulating cell fragments that lack their own nucleus (they were once part of a megakaryocyte). Platelets prevent bleeding. The image below provides a nice illustration of some of the types of blood cells that became relevant in Claire’s case: in red: red blood cell, in purple: platelets and in white: white blood cell.

My name is Claire Barber and Dr. Garland saved my life when I had hemolytic uremic syndrome. I know a lot about doctors. Both of my parents are doctors, their friends are doctors and my friends’ parents are doctors. I spent most weekends when I was younger doing hospital rounds with my parents and knew how to write physician orders when I was 5. But, until last summer I didn’t understand anything about being a patient or how important good doctors are. I was in the ICU for about 5 weeks last summer in Kingston. I had dialysis, an IV from my neck into my heart, lots of tubes, artificial feeding and received coolers full of blood and plasma. I gained 30 pounds in water when my kidneys failed and then I went blind, had seizures and a stroke when the HUS affected my brain. I was terrified and felt like I was trapped in a fishbowl without any privacy or any say about what was done to me. While I had amazing care from everyone in the hospital from the porters, to the nurses who let my dog come visit, to the cleaning staff who hung extra curtains so I could sleep better, I noticed that some of the doctors treated me like ‘an interesting medical case’ instead of as a person. Many spoke over my head, or spoke only to my parents or used medical words that I didn’t understand. They spoke about me but not to me. My parents and I nominated Dr. Garland for this award because she is an exceptional doctor. Dr. Garland started taking care of me while she was in New Brunswick on vacation. She had expertise in HUS and I noticed that the other doctors contacted her to get advice. She talked to them every day while on vacation and texted and phoned my mom every day. She came in to see me when she was not on call and even when she was on vacation to make sure that everything was ok. She knew to start me on a drug called Soliris that not only saved my life but also my kidneys. This drug costs thirty thousand dollars per dose and Dr. Garland advocated for the hospital to pay for this drug instead of transferring me to another hospital, so that I could stay close to my friends and family. When I got out of hospital she wrote letters that were five pages long, insisting that the insurance companies continue my coverage of Soliris, which I still get every 3 weeks. Dr. Garland arranged so many details from detailed medical plans to arranging for me to get chocolate milk in the ICU while she was still in New Brunswick. She sat on my bed to speak to me as a person and not a patient, she asks about my dog, and school and with Dr. Leifso she arranged for me to still be able to go see Drake in Toronto even when my PICC line became infected and I was supposed to be re-admitted. She always comes in to visit me when I get my Soliris infusions at the dialysis centre. Her nurses text me reminders about lab tests and email me lab results. She is still working hard for me by regularly talking to specialists from around the world and even located some of my frozen blood in Cincinnati and arranged to have it flown to Italy for an important test. Now my kidneys have recovered and I am healthy again. I am about to graduate from grade 12 and am going to Queen’s University next year. I am very thankful for all the people who took care of me in hospital but especially to Dr. Garland and her team. I am so glad that she won this award – she deserves it. Acknowledgement: Thanks to Dr. Kathie Doliszny, Dr. Karen Hall-Barber and Dr. Joceyln Garland and Dr. Dorothy Thomas for their editorial input. References: