The Brain in Sleep: Glimpses into the Depths of Hypnos 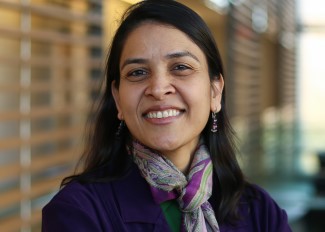 The Brain in Sleep: Glimpses into the Depths of Hypnos

Dr. Shukla discussed an array of different sleep related disorders and their potential effects on our health. Firstly, Dr. Shukla discussed the relationship between primary sleep disorders and cardio-cerebo-vascular disease. There is extensive evidence of the connection between stroke and obstructive sleep apnea1. In fact, sleep apnea is an independent risk for stroke1. Intriguingly, there seems to be a lack of evidence that treatment of sleep apnea with CPAP can improve outcomes of stroke. Dr. Shukla discussed a study that she and her team conducted to see whether CPAP machines have an impact on the relationship between stroke and sleep disorder. Her results showed that while there were no statistically favourable outcomes of recurrence of vascular events by using CPAP, it does provide significantly better stroke outcomes1.

Next, Dr. Shukla discussed the connection between restless leg disorder, RLS, and stroke. She showed that a significant amount of patients will get RLS proceeding a stroke. Additionally, most of these patients seem to develop RLS on the side of their body which was affected by stroke. However, most interestingly, all the patients who developed RLS after a stroke have strokes in the subcortical area2. This was really a standout finding as it was the only difference between patients who developed RLS after a stroke and those who didn’t. Future research could investigate why it is that strokes in this area of the brain seem to be related to RLS.

The following disorder that Dr. Shukla discussed was epilepsy. As an epileptologist herself, Dr. Shukla mentioned that this was an area of interest that was extremely important to her. Her own past studies have found that for patients with refractory epilepsy often have very poor sleep quality which is associated with other co-morbidities like poor memory and executive function, and can often lead to even more seizures. Notably though, Dr. Shukla mentioned that after surgery for refractory epilepsy, sleep quality in these patients often improves, which greatly increases quality of life for these individuals.

Lastly, Dr. Shukla spoke a little about Parasomnia, specifically REM sleep behaviour disorder, RBD, a disorder in which people are able to maintain muscle tone during REM sleep. Previous information seemed to only associate this disorder with older men, however Dr. Shukla has seen a significant population of young patients that have RBD. She theorizes that this may be induced from use of anti-depressants, like SSRIs.

Overall, Dr. Shukla’s presentation demonstrated that research into sleep disorders is extremely beneficial, as they can have a large influence on an array of disorders. Therefore, by increasing research in sleep disorders, we would be able to contribute to bettering the health of our population.

During our post-Grand Round discussion, Dr. Shukla explained the difficulties of adherence of use of the CPAP after stroke. Not because they because they don’t want to comply and wear it, but rather after a stroke, they often lose muscle tone in their face, which makes it difficult for the CPAP face mask to fit on these patients face well. She also spoke the important role of spouses and family members in helping to identify potential sleep disorders. Frequently, the patients themselves don’t really notice the symptoms as being problematic, and only end up seeing a sleep disorder specialist after complaints from their loved ones whose sleep is being affected due to their snoring or behaviours. Furthermore, we discussed the difficulties patients with epilepsy face, as often times not only is their sleep affected by their seizures, but also the multiple anti-seizure medications that they’re on can also poorly affect their sleep. Dr. Shukla also discussed the difficulties to change stroke guidelines to include sleep apnea as a risk factor for stroke. She spoke about how often members on these guideline boards aren’t actually experts in these fields, and how these sleep apnea studies get published in sleep journals rather than stroke papers, where they have a better chance of being read and noticed.

It was a pleasure to have Dr. Shukla present at the Grand Rounds! Thank you for teaching us so much and stressing the need for so much more research in sleep disorders. On behalf of the TMED 801 class, we thank you for your time and your extraordinary presentation.

Hi Spencer, great job summarizing Dr. Shukla's talk. I really enjoyed the variety of disorders covered in her talk. With many of the sleep disorders discussed, it seemed like there were some clear ways that practice should perhaps change to recognize these sleep disorders and their effect on patient quality of life and outcomes. For example, as you mentioned, sleep apnea is a modifiable independent risk factor for stroke, with use of CPAP shown to improve stroke outcomes. Despite the evidence, there seems to be poor uptake of changes in practice and poor awareness of these disorders and their relations to patient outcomes, such as stroke. I was wondering if you had any thoughts on which changes in practice regarding one of these sleep disorders might be the easiest to implement or the most important to focus efforts on implementation?

You've raised an excellent question about which direction to go regarding implementation and adherence to CPAP, Rachel! I believe that patient awareness, whether that is from health care professionals or fellow patients that have had experience with the therapy, would be the most effective strategy! With patient awareness, I believe they will feel more empowered with their care and want to "take charge" and adhere to their treatment plan, rather than being told by their health team that this is what they should do. Awareness will bring self-efficacy, which will in turn lead to health behaviour change! The experiences from fellow patients will also aid this; when they hear that others have had improvements from therapy, they may feel inspired and empowered to take charge on their care plan. I look forward to hearing what others may think! Excellent question Rachel and excellent summary Spencer!

Great question! I think the most important area to focus on right now might just be to implement regular screenings for sleep disorders, thus incorporating it into normal practice. This would allow for doctors to catch these risk factories early, and help treat them before they can spiral into anything more than just a risk factor. I think once we start doing this, it might open doors for changing guidelines as more doctors will be familiar with the risks that follow sleep disorders.

Importance of the Bed Partner!

Thanks for the great post, Spencer, and thank you for the insightful talk, Dr. Shukla. You mentioned that patients who experience RLS have had a stroke in the subcortical area. Why do you think this is the case?

Hey Jay, interesting question. I found this paper published by Lee et. al., titled "Poststroke restless legs syndrome and lesion location: anatomical considerations." In the paper they discuss how subcortical areas such as the pyramidal tract and basal ganglia-brainstem axis are involved in both motor functions as well as the sleep-wake cycle, and thus RLS symptoms can arise after these areas suffer ischemic stroke!

Hi Jay, Thanks for the great…

Hi Jay,
Thanks for the great question, I was actually wondering that as well. Dr. Shukla mention's in the first paper I cited, how there needs to a longitudinal study looking as this connection to help identify why they seem to be connected. So really, even she doesn't know what the connection is. I did some reading and found that subcortical brain areas like the pyramidal tract and the basal ganglia-brainstem axis, are often the damaged areas and are involved in motor functions and sleep-wake cycles, which may explain why we see RLS in these patients. Here's the link if you want to read it yourself! https://www.researchgate.net/publication/23279117_Poststroke_Restless_L…