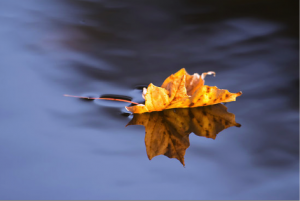 Resolute: Standing on Guard for Canada in an Age of Ebola and Terrorism

Two events occurred on, Oct 22nd 2014, that brought to mind the word resolute, meaning determined or unyielding. I was attending an Ebola preparedness meeting at Kingston General Hospital (KGH) to receive a briefing on the role that KGH will play as designated receiving hospital for potential Ebola cases. During the meeting we reviewed a well-coordinated plan to identify and manage potential Ebola patients. This plan was created by our infection disease prevention specialists in coordination with provincial and global health experts. The goal of the Ebola Preparedness Plan is first and foremost to ensure the safety of our staff is protected and secondly to handle the screening for a very rare but potentially lethal disease without disrupting the business of the hospital or engendering unwarranted fear. The discussion reinforced the unlikeliness of actually receiving an Ebola case in Kingston. We recognized the need to stay calm and carry on, as they say in the UK. Clearly there is the need to remember that, common things being common, we need to maintain our focus on the care of patients with the common life-threatening disorders we will definitely see, from trauma and myocardial infarctions to infections like pneumonia and influenza.   Toward the end of the meeting we learned of the shooting on Parliament hill at the National War Memorial and in the Parliament buildings. While it is early in the investigation it appears another contagion, a radicalized group that has distorted a religious perspective to justify violence, is (unlike Ebola) loose within the population of Canada. (Ottawa Shootings)    It is my view there are some commonalities in the approach to dealing with Ebola and homeland terrorists. First, there is a commonality in the area of perspective. Yes, we have enemies-lethal viruses and homegrown terrorists- but both are rare. Second, while both contagions can be lethal both can also be identified, contained and managed. Third, the best approach to both Ebola and terrorism is preparedness with an emphasis on avoiding fear mongering or restricting freedom to an extent that is worse cure than the disease itself.   The role that physicians and other health professionals must play in dealing with a contagion like Ebola is unique. It is based on their content knowledge and clinical expertise. However, our role is not simply provision of care it is our personal deportment in a calm manner and our willingness to patiently combat fear with fact. The role that physicians play as citizens of Canada in dealing with the fundamentalist terrorist contagion is not different than the role of any Canadian. Here again we need to manage and understand the actual risks, support actions that are reasonable and which are consistent with Canadian charter of Rights and Freedoms (Charter).   We will deal with Ebola threat at KGH by ensuring the relevant personnel are well trained. Training will initially focus on Emergency room doctors and nurses and ICU doctors and nurses, since the flow of people being screened will be limited to these areas. Appropriate safety equipment and appropriate rooms to deal with Ebola are already designated at KGH and staff are being trained. KGH has provided information on Ebola and its preparation for case management on it website (KGH Ebola).   Ebola is a potential lethal virus but its infectivity (relative to measles or influenza is low (<20% attack rate for exposed individuals). Since Ebola is not spread via air (i.e. not an aerosolized virus, unlike influenza), conventional isolation and the use of appropriate personal protection equipment, when coupled with rigorous room cleaning and waste disposal is sufficient.   Staff will receive mandatory instruction on the donning and doffing of PPE. Environmental services staff at KGH are being instructed as to the optimal handling of rooms. We will do all this calmly, through well-established protocols that are informed by hospitals dealing with this epidemic around the world. Ebola is not the first nor will it be the last infectious scourge we will deal with. We will proceed diligently, in accordance with provincially mandated regulations knowing that Ebola is extremely rare with none of the 14 suspected cases in Canada thus far having proved to be Ebola. We have simple algorithms to allow us to identify potential cases (fever and foreign travel to a very limited number of West African countries), we have blood tests to diagnose the disease and we have effective therapies for the illness should it occur. (Ebola)

Here again there are analogies to the Parliament hill attack. We can and should not isolate ourselves unduly (whether with a personal protective device or through laws) out of fear. Complete protection is an impossible goal. We live in a world of risks and wrapping ourselves in protection isolates us from more than the viruses and terrorists. The unintended consequences are significant.   In the case of terrorism we will need to develop better intelligence and better interventions, but like Ebola the actual risk of attacks is low and the best approach is to resolutely improve our security and intelligence system but do so in a manner consistent with the core values that make Canada a truly great nation.   As physicians dealing with illness like Ebola we owe it to our patients to be sources of factual, scientifically based and balanced advice. We must offer balance and leadership as well as support and understanding for front-line health care workers who will understandably have anxiety should they have to deal with a potential case of Ebola.   As informed citizens we owe our country our resolute support to those who serve us, like Corporal Nathan Cirillo who was murdered during the Parliament Hill terror attack while serving as an honor guard at the Tomb of the Unknown Soldier or Warrant Officer Patrice Vincent, who was run down by a radicalized Canadian (Patrice Vincent).

We must remain resolute. The nature of our resolve should be an inextinguishable commitment to create a safe country guided by our core values as Canadians. We must achieve this safety in our hospitals and our country while understanding that safety can never be absolutely guaranteed.

Thank you Steve, for a…

Thank you Steve, for a lovely and thoughtful reflection that I'm going to share with our students. Tony

Thanks Tony. I have been…

Thanks Tony. I have been hearing from physician friends in Chicago that work in Emergency Medicine about patients delaying coming to Emergency Rooms because the fear coming to "Ebola Hospitals" despite their serious disease presentations (stroke etc). The cost of irrational fear is high for these people. The need to properly weigh risks in this age of rapid communication and miscommunication is great and our medical students can certainly help get the word out: There is not a terrorist on every corner and Ebola is not threatening the public health of Canadians...although both are real concerns, they need to be addressed through calm preparedness not through actions borne of fear,