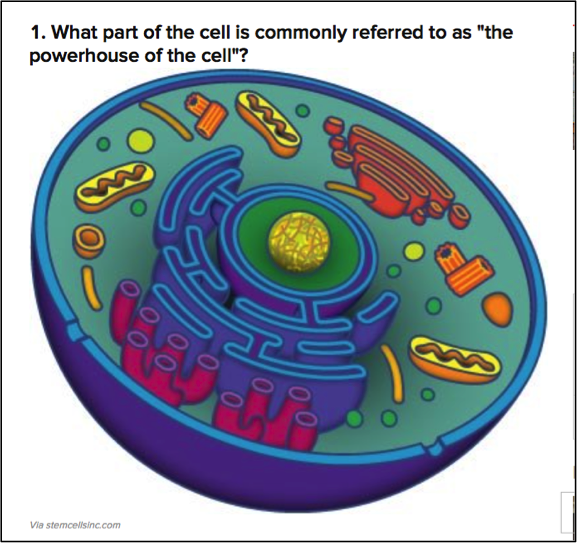 There are more things in heaven and earth, Horatio,

Than are dreamt of in your philosophy.

Living free, indulging in one’s own pursuits. These are by gone memories for mitochondria. Once free living, mitochondria have been locked in eukaryotic cells for the past 1.45 billion years. They are us and we are them. The food we eat is changed (metabolized) within mitochondria by Krebs’ cycle to make electron donors (called NADH and FADH). These donors give their electrons to the mitochondrial electron transport chain, a series of megacomplexes made of protein and iron-sulfur centres. The electrons tumble down a gradient to be received by oxygen (which we acquire by breathing). The flowing electrons are like flowing water in a hydroelectric power plant. The potential energy is used to drive an enzyme called ATP synthase, which makes ATP, the common source of energy that gives us the ability to get up and go! We can transform 1 mole of glucose (sugar) into about 36 moles of ATP. Chauvinistically we have come to regard mitochondria simply as the power plants of our cells.

Mitochondria are connected in networks, they are mobile, wormlike, organelles that travel the cell along railway tracks made of tubulin, powered by molecular motors (called kinesin and dynein) that are attached to the mitochondria through a pair of proteins called Miro and Milton (see cartoon below).

Mitochondria are constantly dividing and joining together like the serpentine figures in a lava lamp. These processes are called fission and fusion, respectively, and are tightly regulated. Mitochondrial fission and fusion are regulated by a relatively few enzymes that divide the mitochondria (dynamin related protein1, Drp1) or which cause the mitochondria to join together (Mitofusins and OPA-1). Mitochondria also have their own quality control mechanism, called mitophagy that allows them to edit bad bits of themselves for removal, thereby protecting the cell.

Furthermore, in multicellular organisms, mitochondria play an important role in quietly disposing of fatally flawed cells. Apoptosis is a strategic process (like a mafia hit) that quietly removes the cell leaving no trace behind. Mitochondria of a damaged or aged cell that has past the point of repair, release mediator proteins to the cytosol which in turn activates enzymes (caspase and proteases) to demolish the cells. Finally, the cell carcasses are devoured by a group of eater cells called macrophages. This whole process is known as programmed cell death and prevents us from developing diseases like cancer and pulmonary hypertension.

These more recently recognized properties of mitochondria (particularly their ability to divide, fuse and move) have engendered a new field of research, which is called mitochondrial dynamics. My laboratory includes 5 postdoctoral fellows, 3 scientists and several medical students and summer students. We are trying to understand how and why mitochondrial dynamics occur in normal cells and how these dynamics are disrupted in disease. We use this fundamental knowledge to create new therapies that might eventually be used to treat diseases in which cells are dividing too rapidly (such as cancer and pulmonary hypertension).

Let me give an example. Mitochondria divide when cell’s divide. Cell division is called mitosis. While some mitosis (cell division) is good-too much is bad. Too much mitosis is a key feature of lung cancer and is also seen in blood vessel diseases, such as pulmonary arterial hypertension (PAH). In developing therapies for lung cancer and PAH, most scientists have focused on the importance of division of the nucleus, which gives the daughter cells an equal share of genetic material. My lab has instead chosen to focus on the role of mitochondrial dynamics in supporting increased rates of mitosis that are key to both lung cancer and PAH. Lung cancer is a disease of excessive cell growth and impaired apoptosis. It has a high mortality rate despite modern treatment and usually is already advanced when it presents. The most common form is called non-small cell lung cancer (see CT scan below).

Non-small cell lung cancer (seen in the left lung on the CT scan above) has a median survival of only 1 year, despite therapy.

PAH has similarities to lung cancer -too rapid cell growth, impaired apoptosis (although it does not spread (metastasize). PAH also lacks a cure (see below)

Internet image of patient with pulmonary arterial hypertension, a syndrome in which blocked blood vessels in the lung cause shortness of breath and episodes of passing out with exercise. PAH is four times more common in women than men.

Lung blood vessels in PAH are obstructed by proliferating, apoptosis-resistant cells (left) which have a cancer-like phenotype. On the right one can see how vascular obstruction leads to pruning of the lung vasculature (which increases strain on the right ventricle leading to death from heart failure).

We discovered that the abnormal cells in both lung cancer and PAH share an unusual mitochondrial phenotype (from Greek phainein "to show", and typos "type”, referring to the way the mitochondria look and act). Mitochondria in hyperproliferative cells are fragmented (broken into small pieces). This appearance is in stark contrast to the normal shape of mitochondria, which are fused into elongate filaments that permeate the cell, like the electrical wiring in a house. (see Figure below).

Could mitochondrial dynamics be a commonality of cancer and pulmonary hypertension cells that is vulnerable to therapy?

Our observation that mitochondria had an altered shape in disease (favouring the chondrion form) should not have been a total surprise. There was a historical clue that mitochondria might have shape-shifting abilities. The name mitochondria was given to these marvellous little organelles by Dr Max Benda a German microbiologist (pictured below) who developed staining techniques to see the inside of cells using early microscopes. He observed that these organelles appeared in different shapes. He called them mitochondria, from the Greek mitos (thread) and chondrion (granule).

In trying to understand the how and why of the fragmented mitochondrial phenotype, my colleagues and I (then at the University of Chicago) undertook studies to image the moving mitochondria in live cells. The movie below shows cells that contain colourful mitochondria. To make this movie we gave the cell genes that encoded for two forms of a fluorescent protein expressed by jelly fish-green fluorescent protein GFP (see Nobel Prize in Chemistry 2008).

One form of the protein is red and is turned on in all mitochondria. The other is green and only turns on when we illuminate it with a special laser beam (think Dr. Evil). The green mitochondria can be seen to divide (a process called fission). They then move toward and fuse with a red mitochondrion (a process called fusion). This creates a new mitochondrion that is yellow (recall your Grade 1 experiments with coloured pencils).

As you watch the mitochondria wind their way through a cell (over 3-4 minutes) you might think of bacteria. Lynn Margulis (slide below) did just that. She was a Chicago native and recognized that mitochondria were once bacteria with the capacity to transport electrons to oxygen. 1.45 billion years ago these bacteria inhabited eukaryotic cells (that is cells with nuclei and compartments) and developed a mutually beneficial commensal relationship. They moved in to our cells and began to supercharge us by making ATP.

Dr Margulis’ controversial, seminal paper entitled “The Origin of Mitosing Eukaryotic Cells” was eventually published in The Journal of Theoretical Biology. It concluded that mitochondria descended from an endosymbiotic bacterium capable of aerobic respiration. Although widely dismissed eventually her crazy idea became accepted by the scientific establishment, as attested to by Richard Dawkins (see below)

But I digress….We went on to discover that in proliferative diseases the fragmentation related to excessive amounts of fission due to activation Drp1. This increase in fission reflects (in part) that there is coordination between nuclear and mitochondrial division. This concept (called mitotic fission) proposes that when a cell divides the mitochondria must divide in a coordinated manner to ensure the two daughter cells get their fair share of mitochondria (no favorites!). The mechanism by which nuclear and mitochondrial division is coordinated remains a major focus in my lab and involves a kinase called cyclin B-CDK1 which simultaneously activates nuclear division and mitochondrial fission (see Figure from NEJM review below).

If you are still awake and interested in more detail see a recent NEJM review, entitled Mitochondrial Dynamics — Mitochondrial Fission and Fusion in Human Diseases

Over a decade we learned how to manipulate the system to control cell division and treat cancer and PAH in animals. By preventing mitotic fission, by inhibiting Drp1 we slowed cell growth and triggered programmed cell death (apoptosis). We found we could achieve the same cell cycle arrest by augmenting the expression of a fusion mediator, mitofusin-2. We used these strategies to successfully treat experimental models of lung cancer and pulmonary hypertension (see references below).

Here are examples of the effects of preventing mitochondrial division on the growth of lung cancer tumors in a mouse model from paper 1 (above):

Note that tumors treated with mitofusin 2 or the Drp1 inhibitor mdivi-1 are smaller than tumors treated with the placebo. The potential impact of this work is that inhibitors of Drp1 or agents that augment mitofusin-2 might eventually be translated into clinical therapies for these diseases.

Two notes in closing. First is that history repeats itself. Despite the cool movies we made using expensive confocal microscopes, I was surprised (embarrassed) to come across a paper from the early 20th century performed at a time when scientists were learning to grow cells in culture. Lewis and Lewis observed mitochondria moving through living cells and sketched the results using pencil and paper. Their elegant research preceded my own by 100 years!

The second note relates to my work at Queen’s, which focuses on understanding how Drp1 assembles itself on the surface of the mitochondria. Drp1 somehow makes a macromolecular collar that pinches and divides the mitochondria (see NEJM figure below). Drp1 can choose to bind with various combinations and permutations of its 4 partner proteins. We are studying these binding partners in health and disease and making inhibitors that selectively inhibit their interactions with Drp1. We hope eventually to identify drugs that stop excessive rates of proliferation and which are useful and safe therapies for lung cancer and pulmonary hypertension.

In order to obtain CME credit for having struggled through this blog I offer this modest quiz. It is borrowed from Dave Stopera’s Buzzfeed site (so you know its valid).

Click the link, Take the Test and let me know how you did!

Acknowledgements: Editorial thanks to Drs. Asish Dasgupta and Ping Yu Xiong. Thanks to Dr. Danchen Wu for her cartoon showing how mitochondria move in cells. Thanks to the William J Hendersen Foundation and Dr. David Pattenden for support of the Archer Lab.