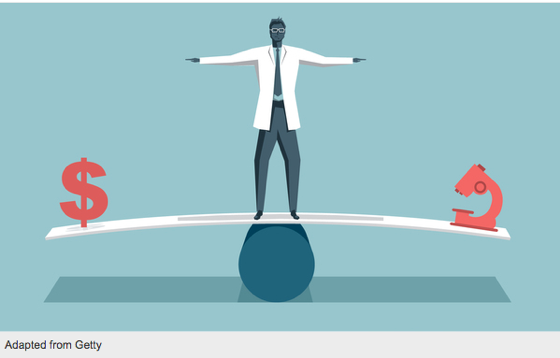 Canada is facing a crisis in the funding of our future physicians, medical students, residents and fellows. The Canadian Association of Professors of Medicine (CAPM), an organization representing all 16 of Canada’s Academic Departments of Medicine, has identified a critical problem in the way Canada funds the training of medical students and residents. Namely in the past decade or two we have developed a reliance on single-source funding from a foreign government. This has compromised the autonomy of our trainee pipeline and made provision of clinical services vulnerable. This hidden truth was made crystal clear by the threatened withdrawal of Saudi trainees in 2018. These trainees, from a single country, bring ~ $100,000,000 in funding in to the Canadian medical education system. The Saudi physician trainees  also provide valuable health care service as they receive their training.  That said, Canada and Saudi Arabia are not aligned on very fundamental issues of human rights and this has led to disruption of relationship between the countries at many levels.

Canada has too few doctors in the training pipeline to meet the country’s needs, particularly with our aging population. In 2017 Canada was in the bottom third of the Organization for Economic Cooperation and Development (OECD) countries, in terms of physician resources, per population with only 2.7 doctors/1000 population. We have compensated by finding funds for medical education from for-profit training of foreign medical graduates. Canada’s acceptance of these funds is not primarily in the service of global health or aimed at improving health care provision in diverse foreign countries. In fact, virtually all of the funding, over $110,000,000, comes from a single country. These funds subsidize Canadian medical schools, which otherwise would be underfunded and undersized for their mission of training adequate numbers of Canadian students and residents.

This blog calls for Canadian Ministries of Health to step up and properly fund undergraduate and postgraduate medical education, both to provide long term, appropriate services for our health care system, and to wean us from reliance on foreign governments.That said, while Canada moves to assume full responsibility for funding it medical training system, it should continue to be open to training doctors from around the world. However, this should be done based on candidate merit and perhaps the need of the country of origin for physician training; rather than simply on the basis of who can pay.

Saudi Arabia suspended diplomatic ties with Canada in August 2018 and, since then, many dealings between the two countries have ceased. Although the majority of the 1100 Saudi trainees currently in Canada were allowed to stay in Canada, (much to the relief of the students and their Canadian colleagues), it now appears many new Saudi trainees, who have applied to and been accepted in Canadian residency training programs, are being denied permission to come and train in Canada.  While we do not have a press release to confirm this, many residents who had been accepted into Canadian residency and fellowship programs have indicated they can no longer honor the commitment to accept their positions.  One trainee indicated “Canada was pulled off the list for future training.” Our limited intel suggests that decisions in Saudi Arabia regarding whether Canada is an acceptable site for training are being made at various levels within the Kingdom, perhaps explaining why some trainees are still coming to Canada whilst others are being held back or diverted elsewhere. For example, at one institution funding was put in place for these trainees by a major Saudi teaching hospital but permission for training was not obtained at the Saudi Ministry level. In other cases, Saudi training centres are not honouring commitments to fund positions.

This situation is not only unfortunate for the individual Saudi trainees, but has also created a staffing shortage in many large, Canadian training programs, which have come to rely on this talented pool of fully-funded residents for service (patient care). They are in effect supernumerary residents and fellows, who “right size” most Canadian training programs to allow them to meet service needs.Whatever one’s view of Saudi Arabia, the events of the past year are a reminder to Canadians that we should not rely on other states to fund our essential medical clinical and educational services. The need to depart from this dependency on third party funding is consistent with our acceptance of the inappropriateness of large-scale reliance on trainee funding by the pharmaceutical industry or medical device companies to fund training programs.

As we have seen recently, sudden withdrawal of these funds places both the provision of medical services and the ongoing training of our students and residents in peril.  It is also creating chaos in the clinical coverage of many of our hospital services, since there are inadequate numbers of Canadian medical trainees to backfill the missing international trainees who have been denied permission to come to Canada. For example, at McMaster in the Medicine program alone  there has been a sudden reduction from ~ 52 Saudi residents last year to ~ 23 this year.

Instead of providing funding to appropriately size our medical schools and residency/fellowship training programs to meet the needs of our aging and increasingly ill patient population, the Ministries of Health have defaulted to reliance on foreign funds, to support our education system. Paul-Émile Cloutier, president and CEO of HealthcareCAN, a national voice of healthcare organizations and hospitals, said if the rapid withdrawal of Saudi medical trainees had occurred, there would have been a "major impact" on waits for specialized care, as serious healthcare staff shortages continue across the country. 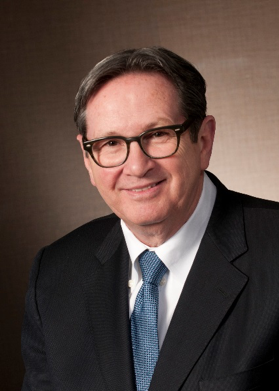 However, there is some good news, certain ministries of health have begun to do what CAPM is advocating. Dr. Mark Taylor, vice-president of medicine for the Nova Scotia Health Authority, oversees the province's program for medical residents. He acknowledges the Saudi decision exposes the postgraduate medical training program’s vulnerability. "We initially thought we were going to suddenly lose all of them and that would have been catastrophic because we simply would have had to scramble to find some way of providing the ongoing care that our patients require," said Taylor.

In response, Nova Scotia added 15 new funded specialty residency training spots to specialty training last fall and 10 new spots for family medicine. While not explicitly stated, the initiative appears to be a response to the withdrawal of Saudi trainees. Our friend and colleague, Dean of Medicine at Dalhousie University, Dr. David Anderson, announced addition of these 15 new seats to the Dalhousie University Medical school recently, noting “"This helps manage workload for specialists within each of the disciplines". 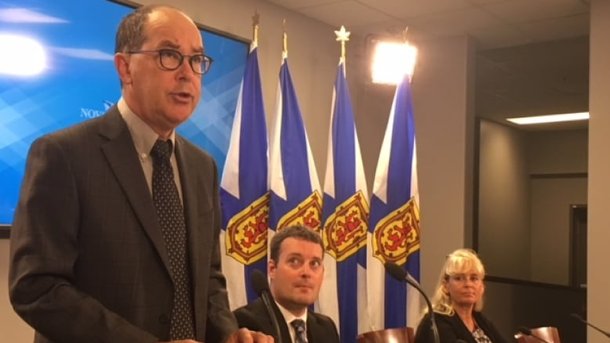 What of the Saudi trainees themselves. They too are victims of their country’s regime and likely suffer the most, as summarized in a CBC News article posted today.  Kayla Hounsell notes in her excellent article “Data from Immigration, Refugees and Citizenship Canada shows that as of December 2018, when universities publicly report their enrolment, there were still 5,100 Saudi students studying at Canadian universities, compared to 7,620 in December 2017, prior to the diplomatic dispute.This is a reminder not all students from the Kingdom are in Medicine, thousands are in other disciplines. She cites one student (under conditions of anonymity) “"We're broke, and we used everything we have, everything we saved, everything we could borrow from friends… It was insanely hard," he said, citing high university fees for international students. This student noted that the Saudi scholarship program had provided students with $2,700/month, tuition and all other school fees, plus a living expense of $1,600 per month plus a children’s allowance.

In summary, the Professors of Medicine of Canada (CAPM) call on Canada’s provincial and federal ministries of health to step up and address our faltering pipeline for the training of Canada’s doctors. We are calling for the government to adequately fund the training of our future doctors, acknowledging the need to properly support funding both for general practice and advanced subspecialty training. This is a pressing issue that threatens Canada’s National Health Security. We believe that we have an ethical responsibility to avoid relying on funds from foreign (and sometimes hostile) nations to pay for the training of the doctors that we have now and the increased number of doctors we will need for a healthy future. 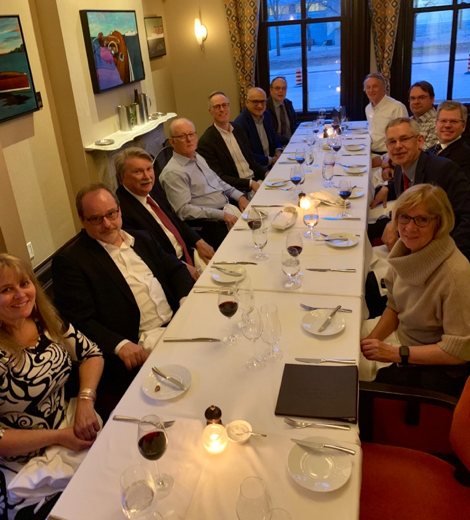 Some CAPM members at April meeting in Ottawa

*For the Canadian Association of Professors of Medicine (http://www.canapm.org/)

Thanks for this perspective…

Thanks for this perspective and for sharing the deliberations of the Canadian medicine chairs. If there's a silver lining to the near-crisis precipitated by the Saudi withdrawl, it was to draw attention to our vulnerability. Thanks to you and your colleagues for taking leadership

In addition to your fair comments, it should be noted that Canada has a resource of well over a thousand Canadian citizen physicians per year who by dearth of placements in Canada seek residencies abroad. This as a readily available resource that could be tapped on a moments notice. All that is needed is the application of resources (funding) such that the elimination of reliance on Saudi students would be nearly imperceptible.

Thankful for your thoughtfulness...

Thank you for bringing to the Health Ministries attention that our current medical training system is far beyond broken. What a devastating situation we find ourselves in with no current contingency plan. The withdrawal of Saudi Arabian medical students and residents will surely be a crushing, debilitating blow to our healthcare system. It saddens me that there is also so many barriers for Canadian International Medical School graduates to secure a residency spot. My own daughter has graduated from a medical school in Australia and her chances of securing a residency spot is very slim. In addition to this, her first 2 years of internship training in Australia is not recognized for example in Alberta. Perhaps part of our plan would be to remove barriers for our own citizens to return to Canada and start to train or register as a doctor and become part of our healthcare providers. Thank you again for this article.