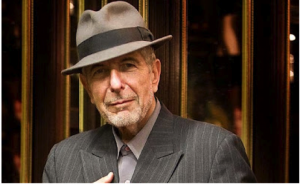 To Remain or Retire: Advice For Physicians From Leonard Cohen

Steve Thanks for writing…

Steve Thanks for writing such a thought provoking piece which makes for great reflection in this Meds ‘66 graduate moving from career #4 to #5 in the time ahead. It especially resonated with me as this year draws to a close. We should all be inspired by those colleagues on the road in front who teach us the value of successful career transitions, their splendid capacity for learning and invigoration and the opportunities to continue to make contributions to the great profession of medicine in which many of us have been privileged to reside. Because medicine provides such pleiotropic ways to contribute, so too does it return to us unparalleled sources of gratification that for many still constitutes a “calling” rather than an occupation. Let the passion to which you refer be fuelled by the desire to help others. Let the energy be stoked by relentless curiosity and the unwillingness to accept the status quo. Let the ability be molded not only by the lessons learned from our mistakes, but also by an unquenchable thirst for learning. I would consider adding to your point system; generosity of spirit, commitment to the young and the relentless pursuit of excellence. Congratulations on your new appointment at Queen’s, keep the reflections coming and best wishes for future success paul

Paul You have walked an…

Paul You have walked an amazing path...from cardiologist to CCU DIrector, from Cardiology Chief to Head of Medicine and all the while performing and leading a vibrant research team (and now of course, directing VIGOUR). You have inspired many and definitely share with Leonard Cohen an undiminished ability to perform at the highest levels. I draw hope and inspiration from the fact that your passion for the Art that is Medicine remains unquenched. SA

Steve A very welcome and…

Steve A very welcome and thought provoking reflection. On a slightly lighter note I might suggest an addition to the remain or retire scoring framework. This might be termed the Remember category....if one continues to remember the seemingly innumerable usernames and passwords required for negotiating hospital based patient care, a score of one would be assigned. Thanks Wendy

Leonard Cohen said, "There ain't no cure for love". Sadly, there is also no cure for my diminished ability to recall my myriad passwords ....Thank heavens for residents with young and facile brains!

Steve, I agree that this is…

Steve, I agree that this is not only thought provoking but timely. I'd like to add a different slant to the discussion, one which I can (hopefully offer) completely unbiased as I am at the approximate the mid point of my medical career (between med school entry and "retirement benefit" age). I would ask the question "do physicians have a responsibility and duty to the profession to retire, in order to make way for newly trained doctors to enter independent practice (i.e. start their "real jobs")? We are currently faced with the problem of many of our new bright, talented and highly trained medical and surgical specialists unable to find positions in their chosen specialty. Some of this is due to hospital financial constraints (as many of these specialties consume large amounts of hospital resources) but I think also there is a trend of people towards the end of their career staying on longer, for the reasons you have cited above. To keep with the Leonard Cohen theme, I think doctors need to take into account the need for renewal in the profession when deciding on their personal "Closing Time." Mike