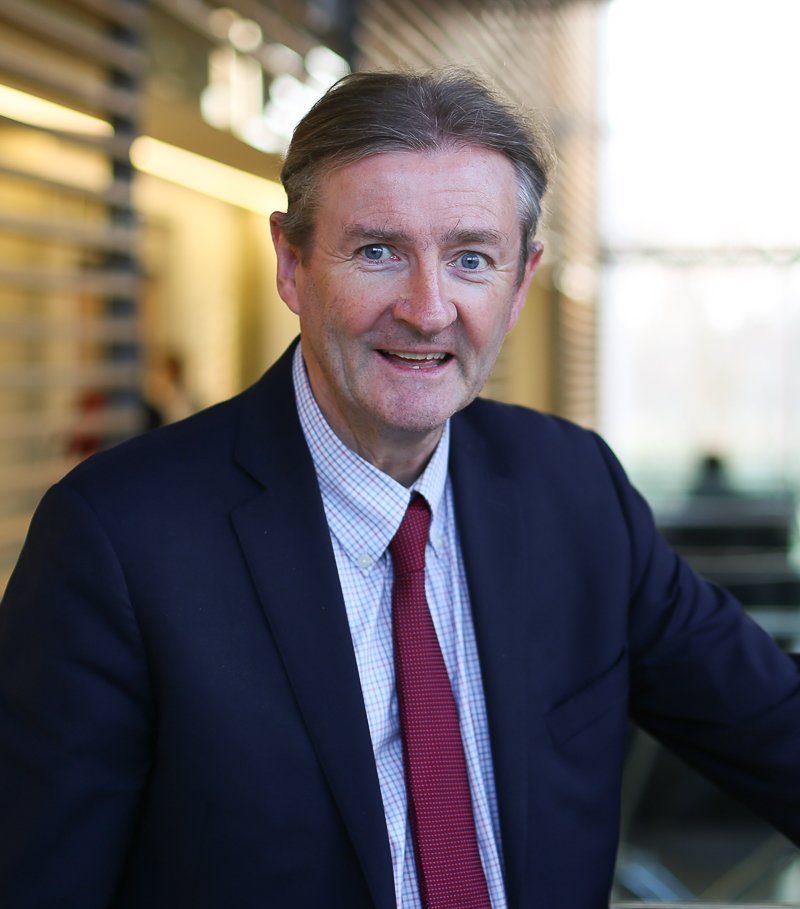 Dr. Michael Fitzpatrick MB, BCh (NUI), DCH, FRCPI, MD (NUI), FRCPC, FAASM is a Professor of Medicine (Division of Respirology) at Queen’s University, and holds a cross-appointment to the Department of Biomedical and Molecular Sciences (Physiology). He was appointed Chair of the Division of Respirology at Queen’s University from 2007 to 2017. He is a medical graduate of University College Dublin, and his early postgraduate medical training was in Ireland. After completion of clinical training in Ireland, he undertook a three-year research fellowship at the Department of Respiratory Medicine, University of Edinburgh, Scotland. His resulting doctoral thesis, published in 1991, was entitled “Nocturnal asthma: Pathophysiology, treatment and morbidity”. He moved to Canada in 1991 and, following a one-year clinical respirology fellowship at the University of Saskatchewan, was appointed to Assistant Professorship within the Division of Respirology at the University of Saskatchewan in 1992; he helped spearhead the development of the first sleep laboratory in the province of Saskatchewan in 2004. He moved to Queen’s University, Kingston, in 1997 and was promoted to full Professor in 2005.

Dr. Fitzpatrick’s clinical interests are in general respirology, neuromuscular disease and sleep medicine. He is an American-board-certified sleep specialist and has served as the Medical Director of the Sleep Laboratory at Kingston General Hospital since 1997, and as Respiratory Consultant to the Neuromuscular Clinic at St Mary’s of the Lake Hospital, Kingston, since 2000. His clinical practice encompasses general internal medicine, general respirology, respiratory disease in neuromuscular disorders, and sleep medicine.

Dr. Fitzpatrick is a clinician scholar and has published over 50 peer-reviewed articles and 5 book chapters, along with numerous abstracts and editorials. His research interests are in upper airway physiology and clinical management of sleep apnea. He served as Director of the Respirology Training Programs at the University of Saskatchewan (1992-1997) and Queen’s University (2000-2007) and has been the recipient of several teaching awards. He has also served on the Respirology Examinations Board of the Royal College of Physicians and Surgeons of Canada.